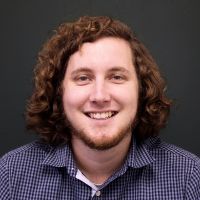 Inbound marketing begins with bringing new visitors to your site. For start-ups and other small organisations it can be hard to get the ball rolling.

Having appropriate visitors to the site is a key step for lead generation. This is where social media advertising comes in handy. There are several different social platforms on which you can place ads. The traditional place for B2B ads has been LinkedIn, but this platform can quickly get very expensive when targeting certain audiences.

So I considered Reddit. I’ve been a user of Reddit in my personal life for many years now and find myself looking at it constantly on my phone. I would have originally thought Reddit as fundamentally a B2C platform, like Facebook or Instagram. But Reddit ads have been getting more popular recently and I was told that they were cheap.

Reddit allows you to subscribe to communities (called subreddits) that interest you, to create your own "front page for the internet". These communities can be as broad as you like, or you can join some small communities which fit around your exact hobby or interest. For example, you could join r/Finance which would be a large community that focuses on discussion of multiple facets of corporate and advanced finance. Or you could even join a community around one niche area of finance that interests you, such as r/Bitcoin or r/Accounting.

This is where Reddit ads are incredibly useful. Let’s say you have a new accounting software tool and you want to spread awareness. Users of Reddit have already tagged themselves as interested in accounting by joining the community around that. You can create an ad focused on people who visit that community.

You can create separate campaigns for different personas. So, in the case of this accounting software you might see that small businesses could also be a customer, meaning r/Bookkeeping may also be a useful place to target. The ads are text based like LinkedIn but are not limited by such a strict character limit. You can then decide if you want to direct people to a web link or to a longer text post.

Over a month-long period we noticed that Reddit ads were a quarter of the price of LinkedIn ads.  I’m sure we could get a cheaper cost per click if we wanted to target a huge cheap audience but in both cases, we were targeting the exact people we wanted and were getting traffic from both sources.

The amount of traffic was one thing, but something that happened on Reddit more than any other social media platform was discussion. People on Reddit seemed to talk and ask questions more than they did on LinkedIn – since we started doing ads on both platforms we have had 1300% more comments on Reddit. One thing to factor in when thinking about value of an platform is what you want from the advertisement: are you interested in product feedback or brand engagement?

What are the Downsides?

One issue that has come about recently is the way in which ads are displayed. Ads used to be only shown on the targeted subreddit – now they can be shown on any community as long as the user has visited that page. This sounds good, but something that worked well for us was directly mentioning the subreddit in the ad text, such as “Hi r/Bookkeeping check out….”. This ad looks great on r/Bookkeeping but if Reddit displays it on r/Catpictures then it makes you look like you are spamming or just not competent. Ads can be changed, and even with different ad text we are still seeing good cost per clicks with valuable discussion and feedback.

From my use of Reddit ads, I can say that it is a very effective B2B platform which has given great results for a fraction of the price of other channels.  If you find the right subreddits, you can also share your content such as relevant blogs and news for free. The amount of unpaid traffic you can generate with the right content would surprise you. The key is to identify the subreddits that your audience use and create ads tailored to that community.

I’m in no way saying that Reddit is here to replace LinkedIn ads but it has worked for our clients and is a great addition to the mix.